According to the UNESCO report, cultural and creative industries should be part of economic growth strategies. These industries are among the most dynamic sectors of global economy, generating $2.25 billion in revenue and creating 29.5 million jobs worldwide. In this spirit, countries are harnessing the potential of fast-growing market areas to generate economic returns and reduce poverty. Even virtually, startups around the world seem to be alive and well. Adaptability and creative problem solving are the foundation of entrepreneurship, and leaders and students have risen to the challenge.

But how can you capture or even measure creativity and innovation? Application of industrial property rights may be an indication. In Germany, number of patent applications remains high, as DPMA current annual report shows. 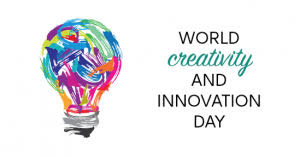 Creativity is defined as bringing new ideas to life. For example, an artist may have a mental image of something they want to draw. They can use different tools, colors and materials to make their idea a reality. Creativity can also include coming up with new ideas to solve problems.

2022 marks the WCID founding 21st anniversary, and although celebrations are in their second year of being held digitally, a wave of support could be seen around the world. WCID Headquarters hosted a summit at the University of Miami that included live streaming with guest speakers and activities.

In addition to exchanging offers and additional information about enterprises, students advertised open vacancies in a team. Many were looking for app or website development, while others were looking for help with marketing and social media. Fifty students looking to join new venture tuned in to connect directly with the teams they were interested in via Zoom Breakout Rooms.

The idea of ​​World Creativity and Innovation Day

The main idea of ​​this day is to push countries towards creative interdisciplinary thinking both at the group and individual level. To celebrate creative economy in the aftermath of pandemic lockdown, United Nations is celebrating it as the International Year of Creative Economy for Sustainable Development. 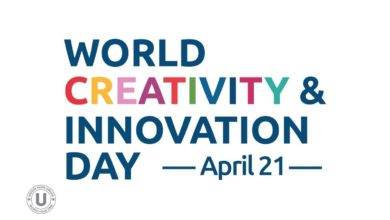 United Nations General Assembly adopted a resolution t celebrate this day on April 27, 2017. World Creativity and Innovation Day was founded on May 25, 2001 in Toronto, Canada. The founder of day was Canadian Marcy Segal, who studied creativity in 1977 at the International Center for Research on Creativity. When the headline appeared in the National Post: Canada in a creative crisis, it decided to celebrate World Creativity and Innovation Day. She believed that generating new ideas, making new decisions and taking new actions could help people cope with the crisis.

UN has designated April 21 as World Creativity and Innovation Day to raise awareness of the role of creativity and innovation in all aspects of human development. It states that there can be no universal understanding of creativity. The concept is open to interpretation from artistic expression to problem solving in the context of economic, social and sustainable development. Emphasis is placed on creativity and culture as they not only provide economic value but also have significant non-monetary value that contributes to inclusive social development. He encourages countries to make cultural and creative industries part of their economic growth strategies. The UN says:

These industries are among the most dynamic sectors of a global economy, generating $2.25 billion in revenue and 29.5 million jobs worldwide.

According to UN, innovation, creativity and mass entrepreneurship can give a new impetus to economic growth and job creation.